25 years of the Guggenheim Bilbao 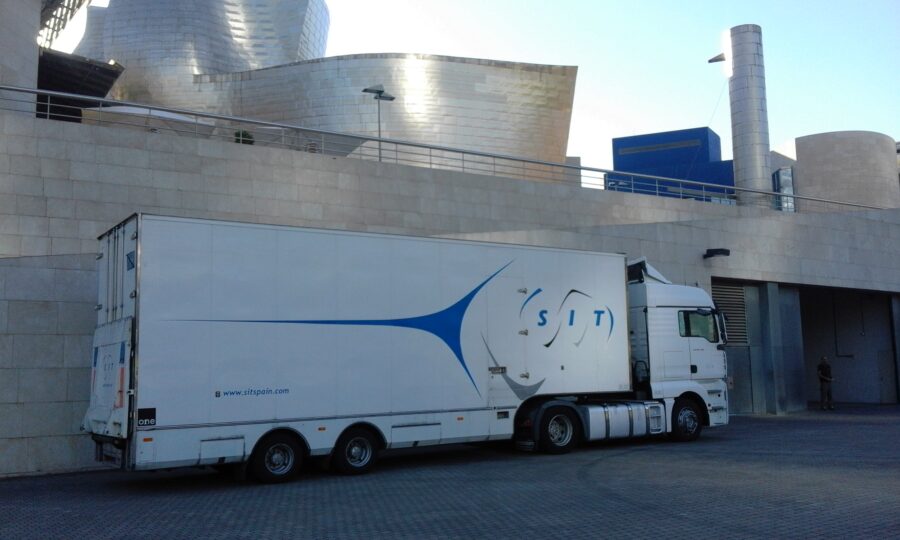 The Guggenheim Museum in Bilbao opened its doors 25 years ago today, turning a struggling industrial city into a cultural metropolis.

A city that from the 19th century until the 1970s was the most important industrial seaport in the Basque Country, but even with all this boom, the industries did not adapt quickly enough to modern changes and many of the factories closed and the workers and their families left the city.

Many Bilbao residents protested against the project, as they did not understand why their city would invest millions in a museum instead of modernising its factories to help the local population.

But soon after, the city began to change rapidly and the whole Nervión river area underwent a drastic change in just four years and in the midst of this process the gigantic bent steel museum was built.

It was inaugurated by the King and Queen of Spain and has since become the most influential building of modern times.

Designed by Frank Gehry, who at the time was 60 years old and had a great reputation in the architectural world for his imaginative reinterpretations of everyday structures.

He was known for his complex, multi-curved forms, his almost non-existent lines replaced by curves and arches that are now assumed to be his personal trademark.

All this recognition enabled him to build the Guggenheim in Bilbao with a budget of 100 million dollars.

It was not the first time that Gehry made an impression with his unconventional style, his unique characteristics could be noticed in works such as the Biomuseo, a biodiversity museum in Panama City, the Dancing House in Prague, as well as buildings in several cities in the United States and Germany, such as Hannover, Düsseldorf and Herford that are now world famous. 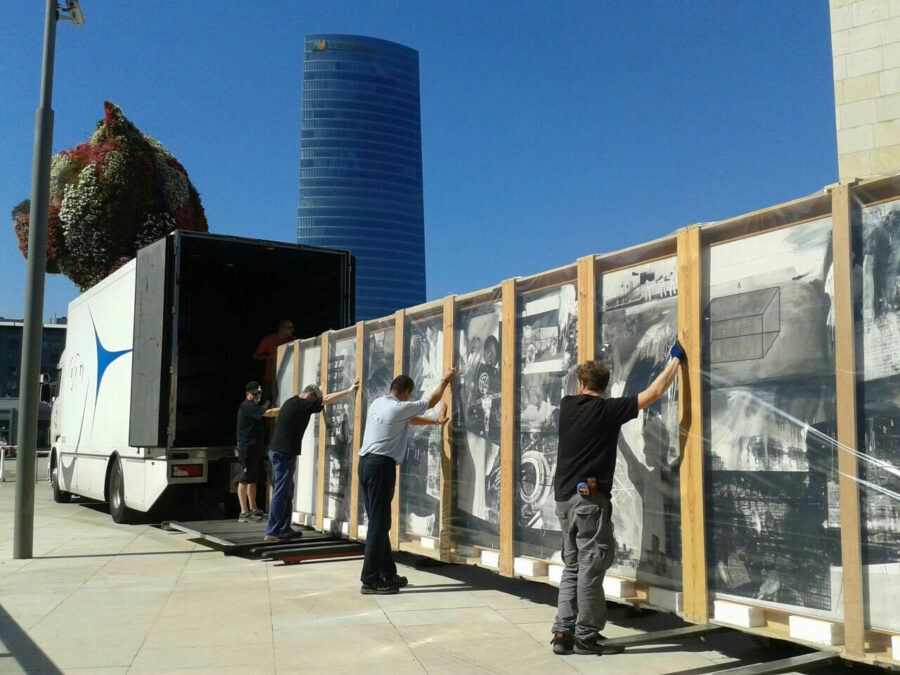 The museum’s director at the time says it was to be “a transformative project to turn around an industrial city in decline and plagued by Basque separatist terrorism” that would attract a “universal public”, create a “positive image” and “reinforce self-esteem”.

It has achieved all this with a million visitors a year.

Since then, hundreds of exhibitions have been presented with the great stars of the art world in recent decades, such as Yves Klein, Robert Rauschenberg, Andy Warhol, Gerhard Richter and Jeff Koons, etc. 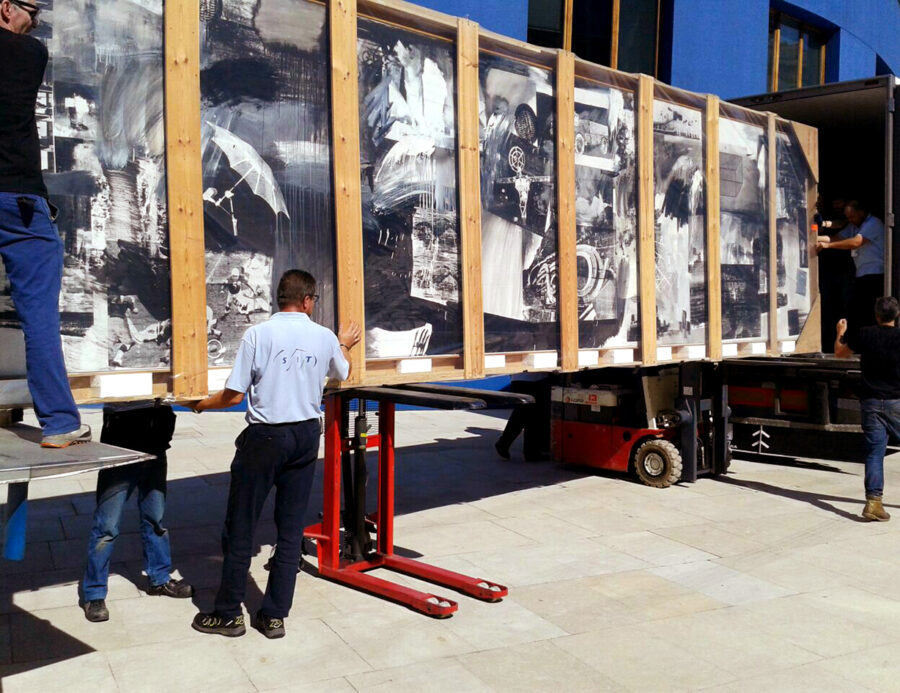 In honour of its 25th anniversary, the museum is presenting a three-part exhibition entitled “Sections/Intersections”, which aims to promote the rediscovery of “works that have historically defined both the interior and exterior of the Museum”, according to the Guggenheim’s description.

Over the years, SIT Spain has been involved in many of the works that have passed through the museum.

Among them, the SIT team was in charge of transporting the Kandinsky exhibition featuring works from the painter’s extensive holdings at the Solomon R. Guggenheim Foundation to fully illustrate his momentous career. 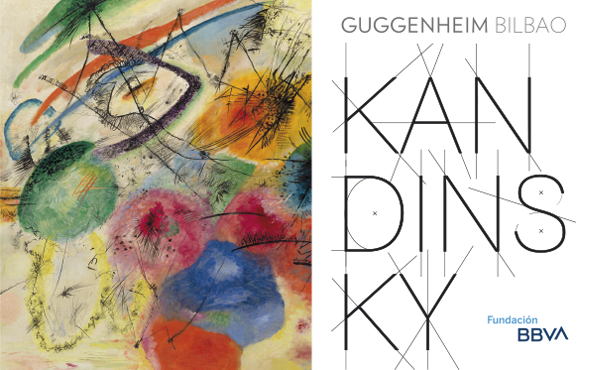 The Museum also organised a retrospective of the work of Niki de Saint Phalle, one of the most influential artists of the second half of the 20th century; in the 1960s she stood out for her daring representations with political and feminist content.

The exhibition showed more than 200 works and documents, many of them unpublished.

SIT has arranged for the return transport to their places of origin. 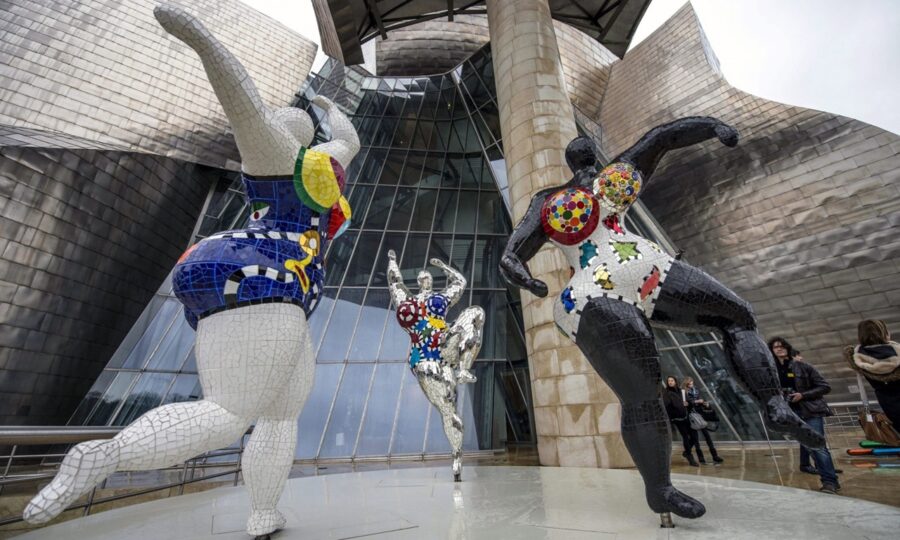 The most recent exhibitions in which SIT Spain has participated this year have been very varied, among them: 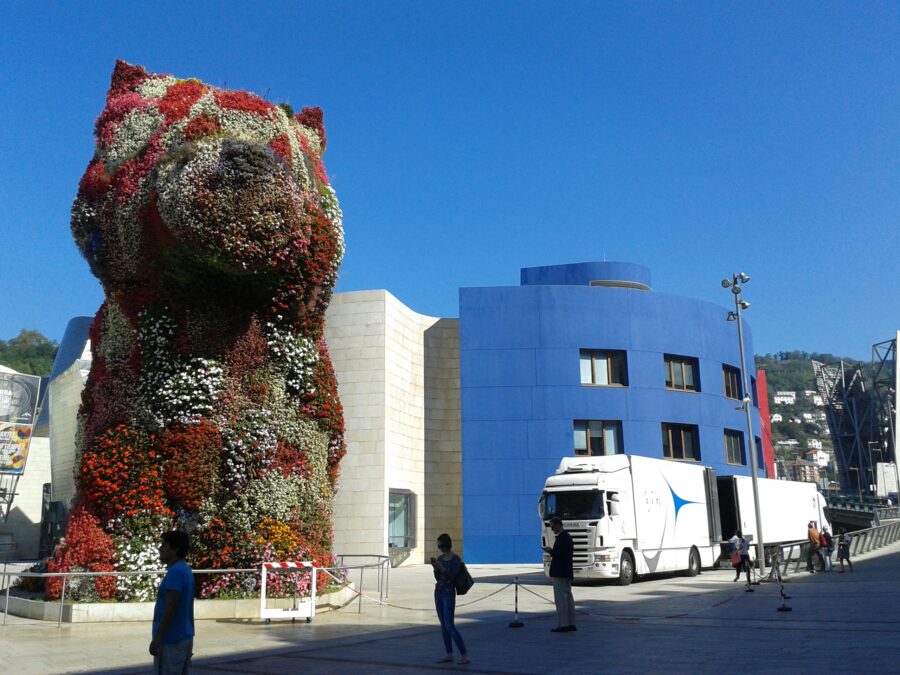