SIT AND THE MOVING OF “LAS MAJAS” FROM GOYA TO WASHINGTON 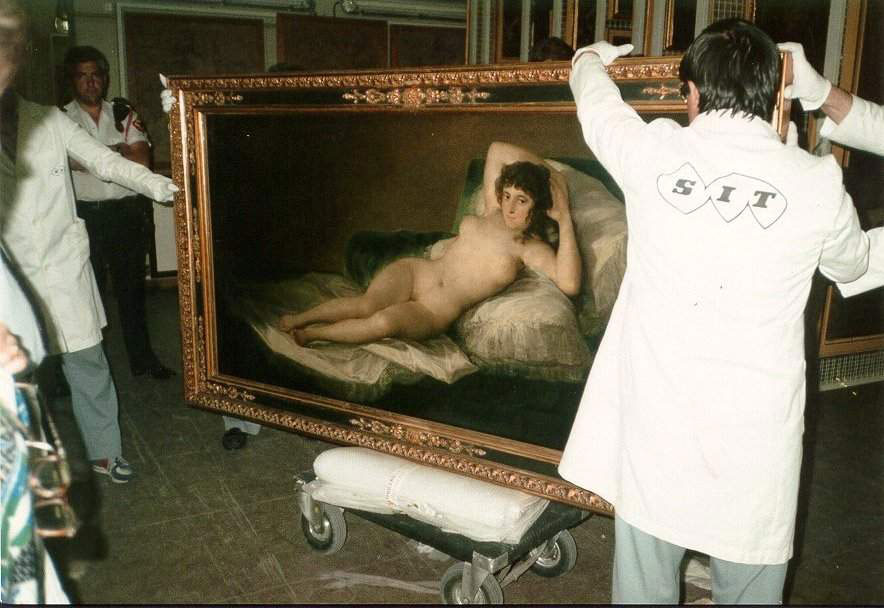 In 2002, SIT was in charge of manufacturing the boxes and carrying out the moving of dresses Maja and Naked Maja by Francisco de Goya, two of the works.

They have only been taken out in 4 occasions.

Exhibition: Goya: Images of women, National Gallery of Art Washington, from the 2nd of March until the 2nd of June

Insurance: 60 millons euros each one

Controversy as it was after the 11th of September.

115 art works chronologically run the career and life of the artist. The works assigned are subject to the best security guarantees.

Earl A. Powell III, National Gallery manager, presented the exhibition as a ‘transatlantic collaboration that enlightens and enriches the publics of the United States and Spain’. The exhibition shows the fascination felt by the painter for the female’s figure, gestures, customs and public and private behavior.

Eduardo Serra, president of the Board of the Prado Museum, did not want to give excessive relevance to the debate on security and guarantee in the moving and exhibition of art works in a theoretically high-risk city, such as Washington. According to Serra, ‘the responsibility of the Museo del Prado ends with the sending of the paintings, and then recovering them. I think there are required guarantees. We never have absolute guarantee and security anywhere, in absolute terms, but we have done everything hunmanly possible. What has been asked, is being fulfilled’.

The paintings are exposed without barriers to the public, although they are protected by almost invisible glass.

The Prado will get in return: two Vermeer and eight or ten first-class impressionists

Serra joined the stream of opinion among the managers of the main museums of the world, who agreed in October not to interrupt exchanges and transfers as a sign of given the unstable situation created by the 11th of September.

Eulalia Boada, from the Friends of the Prado Foundation: ‘The 11th of September complicated things, but everyone has fulfilled their commitments. The majas are here; the transports are very safe. They have arrived perfectly and are absolutely well treated, “he said.