SIT AND THE MOVING OF THE THYSSEN-BORNEMISZA COLLECTION 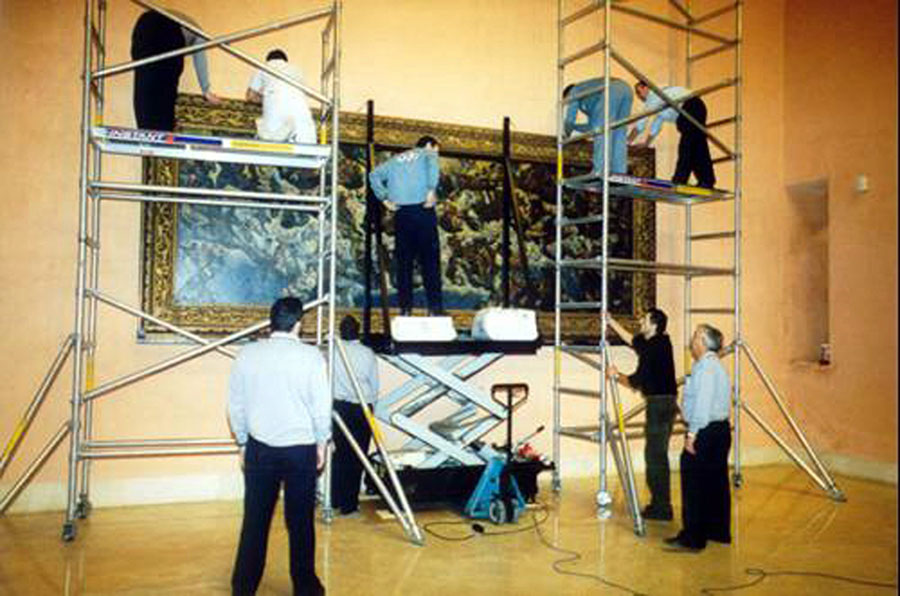 One of the greatest fine arts movings made in Europe throughout the 20th century was the moving of the Thyssen-Bornemisza collection from Villa Favorita (Lugano, Switzerland) to the Villahermosa Palace (Madrid). In total, over 900 masterpieces paraded through the old continent from the hands of Durer, Raphael, Rembrandt, Caravaggio, Manet, Renoir, Cézanne, Van Gogh, Gauguin, Kandinsky, Picasso, Hopper or Rothko … until their landing in the center of the capital.

This transfer, meticulously programmed by the foundation created ad hoc, was carried out by SIT’s art team over several months of 1992 and was carried out under the strictest safety and preventive conservation measures.

With the definitive installation of the works, Hans Heinrich Thyssen-Bornemisza and Carmen Thyssen’s intentions that their father started of establishing the collection in a permanent headquarter for the general public to enjoy it, was reached. The renovation of the Palacio de Vistahermosa by Rafael Moneo and his collection soon became the third vertex of the so-called ‘Triangle of Art’ in Madrid. Completing with his works the absences presented by the repertoires of the Museo Nacional del Prado and the Reina Sofía Art Center Museum. Especially in terms of Italian Renaissance art, French avant-garde, German expressionism and America’s contemporary art.

In 1993 the exhibited paintings were acquired by the Spanish State for 350 million dollars, this way they belong today to the Spanish Historical Heritage of state ownership. Currently, the collection is part of the proposal for the declaration of Paseo del Prado and Buen Retiro as World Heritage.