SIT Spain and the aeroplanes of the exhibition “Aeronàutica (Vol) Interior”

SIT Spain and the transfer of the soviet bombers planes

SIT Spain has carried out the transport and assembly of the planes that make up the artistic installation Aeronàutica Interior by the artist Francesc Torres at the Museu Nacional d’Art de Catalunya (MNAC). 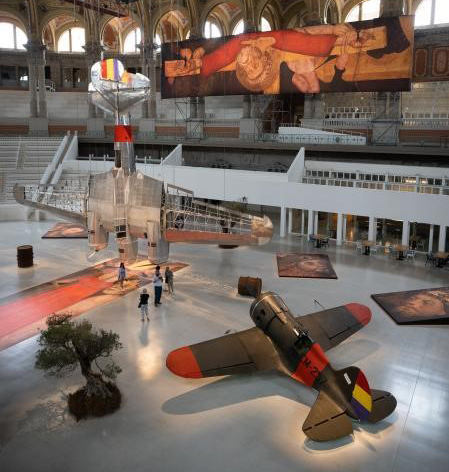 In the immensity of the Oval Room of the museum, in the center is an exact 1:1 scale reproduction of the Soviet Tupolev SB-2 ‘Katiuska’ bomber, which hangs from the ceiling showing the twenty-meter wingspan. The bomber has original parts: after a visit of the Russian ambassador to La Sènia, where he learned about the project to recreate the plane, he located some wheels of the same aircraft in Russia and had them sent to Russia. Next to the ‘Katiuska’ is placed on the floor a reproduction, also at 1:1 scale, of the Soviet fighter Polikárpov I-16 ‘Mosca’, both present in the Civil War on the Republican side. The origin of this intervention is centered on a visit to the historic airfield of La Sénia, built by the government of the Republic at the outbreak of the conflict, which had a prominent role in the battles of Teruel, Valencia and the Ebro, first for the Republican aviation and later for the German Condor Legion.

This project was led by our team of SIT Spain Barcelona, was supervised by Santiago Sala for almost 6 weeks between the months of May and June to disassemble the aircraft in origin (Historical Aviation Center of LA SENIA), and move them to Barcelona and assemble them in the Oval Room of the MNAC. A complex assembly and disassembly that requires the professionalism of a company like SIT Spain. 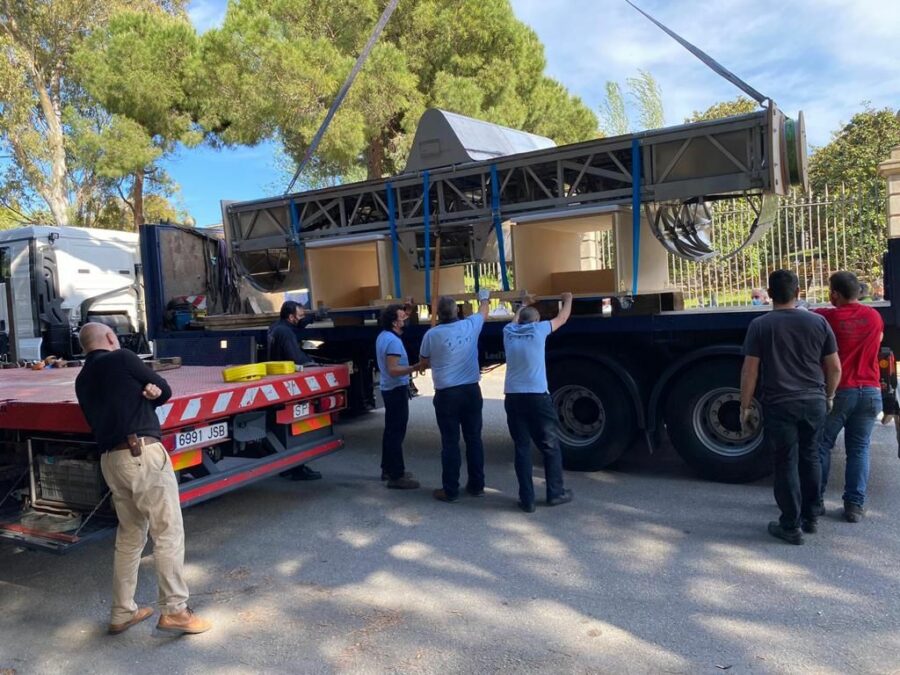 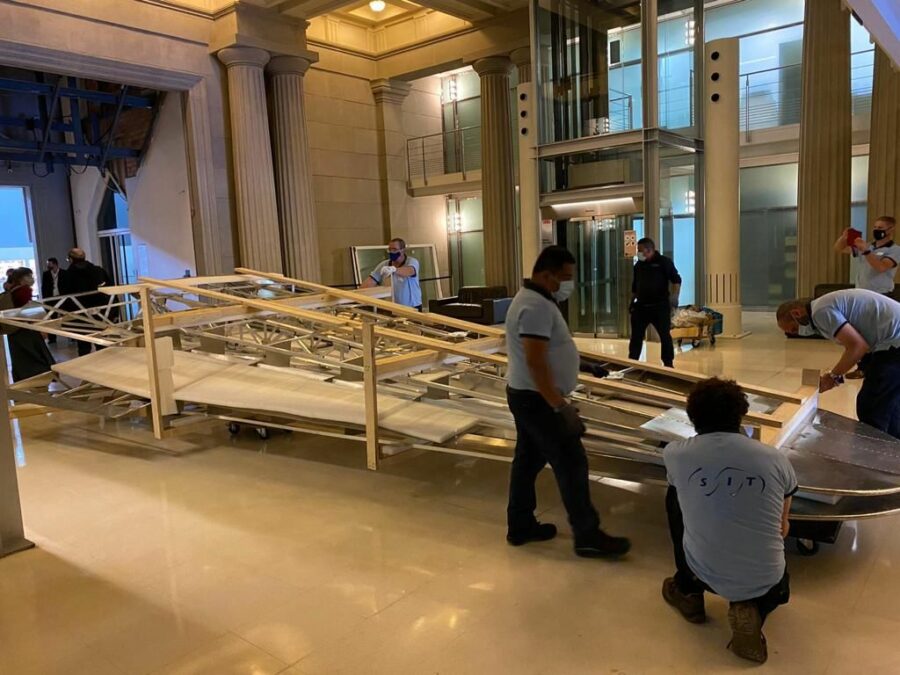 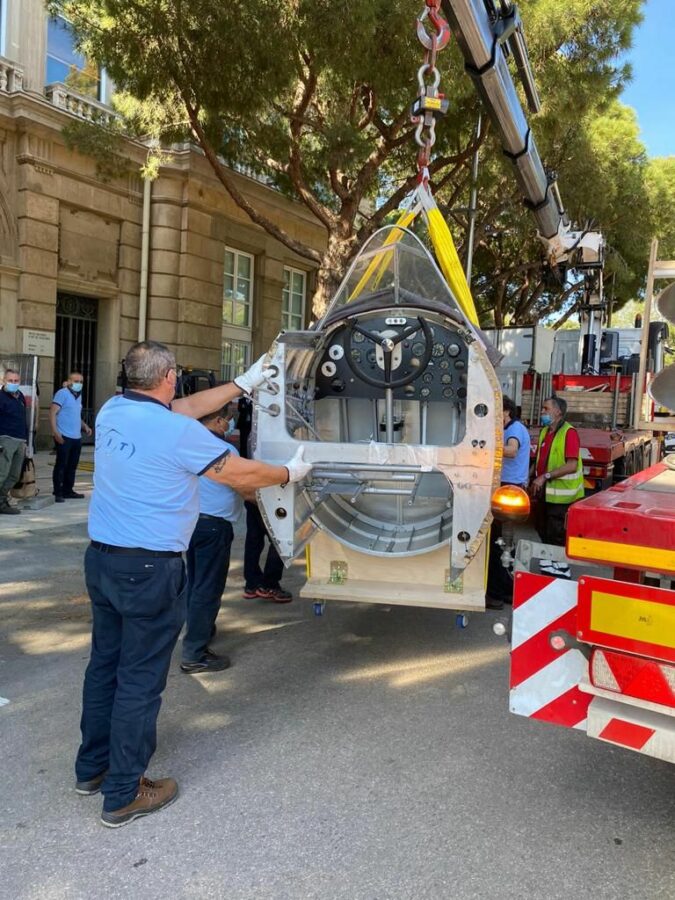 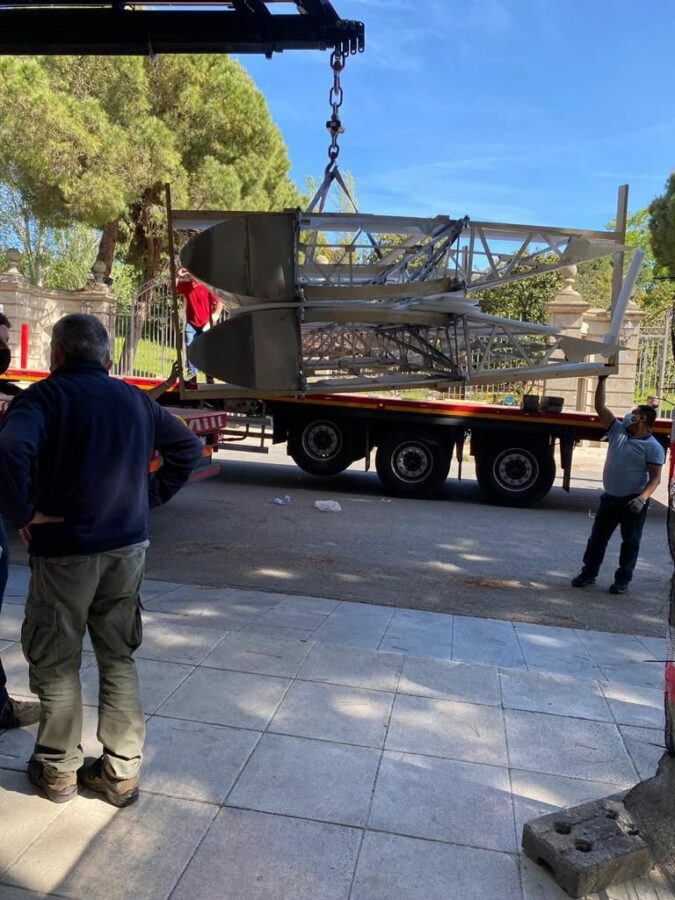