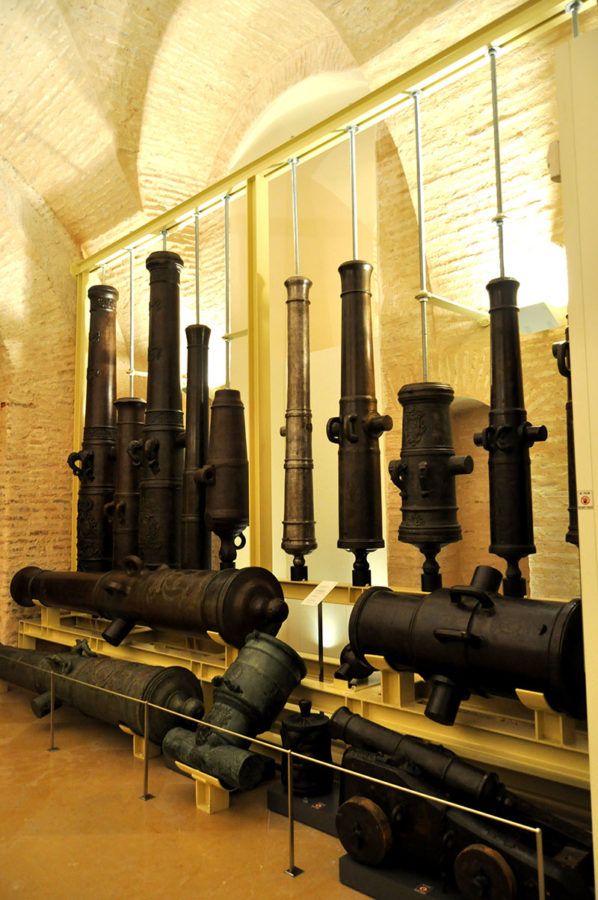 The Royal Military Museum opened in 1803 at the Cuartel de Monteleón following Manuel Godoy’s initiative, ‘Prince of Peace’. Since then until now the institution has had an eventful existence of which SIT has been part of.

Five years after its opening it was destroyed as a result of the uprising that led to the Independence War and, with it, the collection it contained. When the institution reopened it did this at the Buenavista Palace, remaining there until, in 1841, it became the headquarters of the regency of General Espartero. By then its collections dispersed in different museums, until in 1932 they reunited under the name of Military History Museum at the Buen Retiro Palace, later on the Army Museum.

At the beginning of the new millennium it was decided to move the Alcazar of Toledo Institution under updated criteria. This move was developed by SIT’s art team between the years 2005 and 2010. In a five-year period more than 6,500 pieces were transported, which were individually studied in order to have the best criteria for its movement, handling, assembly and storage.

Within the works developed at the museum we could highlight the design and development of the storeroom of the museum’s historical collection of canons opened to visitors. In total more than 200 canons were submitted so that, at the same time they could be stored and visited by the public without any interruption, and available for specialists to consult them (being able to rotate on its own axis) handle them and transport them with ease. To do this, SIT’s technical team took into account preventive conservation, security and exhibition measures when creating these.